Not sure if it’s the people, my state of mind, or the feng shui of this city but the longer I’m in Kandy, the more I want to pull my teeth out. 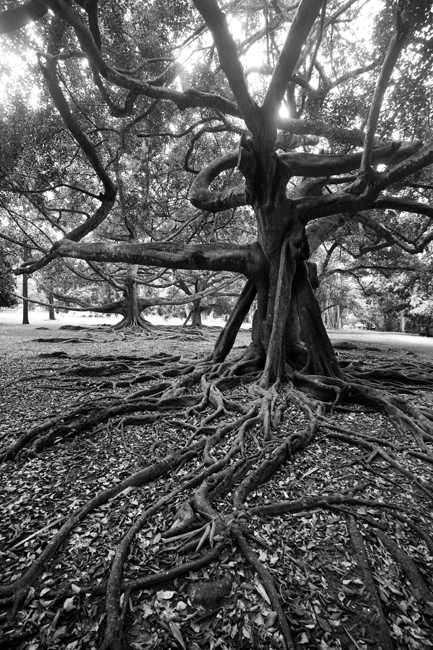 I woke up today extremely hungry because of a bad dinner experience yesterday, which left me begging for mercy. This morning I headed downstairs in my mediocre guesthouse excited about the breakfast that comes with my stay. I hit the dinning room area and realize nobody is around even though I confirmed arrangements the night before. It hits me that there’s not going to be any breakfast. Slightly irritated with the place even more now, along with being anxious about getting on with my day, I decided not to deal with the problem but instead grab a banana from the kitchen and head out the door.

I strolled into town and headed for the craziest bus station I have seen so far. I needed a bus to take me on my short adventure trip to the Peradeniya Royal Botanical Garden.

I found my bus and within about forty minutes I’m entering the gates of the garden. The park is enormous and I completed most of it within a few hours and then I headed back into Kandy.

When I got into Kandy I walked around the city for a few hours. As I walked around I found the sidewalks and people ineradicably annoying. Many of the sidewalks are gated in so you’re not able to step into the road which isn’t a bad thing but that means people are crammed into these small cattle like shoots. That wouldn’t be so bad, but half the women are carrying umbrellas poking you in the head every chance they get. It wasn’t even raining!

I got out of the main streets and headed towards the lake on the edge of city where I walked around by the Temple of the Tooth Relic. I read a theory that the actual tooth is not real, and if it was, most likely the display is fake. I also read that you can only look at the outside of the box, that it’s in, from across the room. I passed on dropping money on the entrance fee and headed behind the temple for something a little more my style, a cemetery.

Garrison Cemetery was a great place to visit on this very overcast day. It also paired nicely with my mood today. I walked around and eventually met up with the caretaker of the place. He showed me around a bit and then showed me the tomb of the last Englishman that was trampled to death by a wild elephant. I took a photo of the caretaker sitting next to the poor guy who ended up being the bug on an elephant’s windshield.

After some more walking around town I headed back to my room at the guesthouse to download some images, to maybe watch a movie, and to relax some before heading back out later for dinner.

As I was downloading I heard rustling in the jungle from my open window. I arose from my computer and saw a huge troop of monkeys coming out of the jungle. There had to be dozens of them scouring the trees as the troop moved along. It was fun to see them, well… monkey around.

After the circus moved past my window, I left and headed back into town to find a nice Chinese restaurant that I read about. I finally found the place after walking around for an annoying twenty minutes.

As I sat and ate my first real dinner in days, I thought about my time in Kandy.

In the last two days I hadn’t met one interesting person (except maybe the cemetery guy), I didn’t meet any other travelers, and I was always in a state of annoyances with the people and the place. Not sure if it was me, bad timing, or Kandy itself, but I’m defiantly leaving in the morning.

Whatever the reason might be, I pass on this black licorice of a place they call Kandy.