Today was my actual first day getting out and exploring parts of Colombo on my own. Before really heading out though, I wanted to buy a cheap phone and some prepay minutes. International texts and calls cost a fortune. Phones and minutes here are dirt cheap. I’m now able to make calls and arrange travel plans during my time here.

Getting the phone became frustrating ordeal that ate up most of my day so my plans to head south to explore Mt. Lavinia were lost. I was hot, frustrated, and still suffering from jet lag, so I decided to head to the local posh hotel to relax and drink watermelon juice. I figured I would then go home for the day and tray again tomorrow.

During my walk to the hotel I saw in the distance a plethora of cloths on cloths lines. I headed that way to check things out and came across a whole other world.

Tucked away from the eyes of civilization was a group of people washing cloths like humans have been doing for centuries. Dunking water, brushing on slabs of stone and hanging them up to dry by the hot sun, eco-friendly style. I wander through the dirt floor alleys of this community.  While few said hello, others just stared with curiosity and wonderment. I doubt many outsiders have come through their community, especially a really white guy. A few men approached me and asked “where from” and offered to show me around the operation of the laundry along with a quick tour of the area. 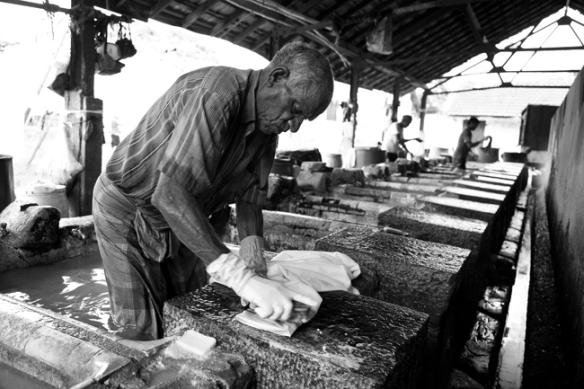 I went through the laundry process and took photos when I could and when it felt appropriate. I then headed to the dwellings were many were ironing with coal fire irons. These irons have a chamber on the bottom where they would burn coal for the heat source. Most of the people ironing were in these 12 by 6 foot concrete barracks that many people also lived in. Many of the workers children could be found in the alleys and wondering in and out of the barracks.

Some spoke English, but most did not, but they all greeted me with a smile. Many people showed me their home with pride along with showing me some of their prized positions.

In the center of all this lies a small temple with a garage door like entrance. This is a place where many of the workers gather in the morning and evening for tea and prayer.

As I was approaching to leave, they invited me to tomorrow’s morning tea. It will be tough to get up but I wouldn’t pass the opportunity up for anything. I eagerly agreed and went on my way.

As I left one man said, “Bring cloths tomorrow. We wash Sri Lanka like.” 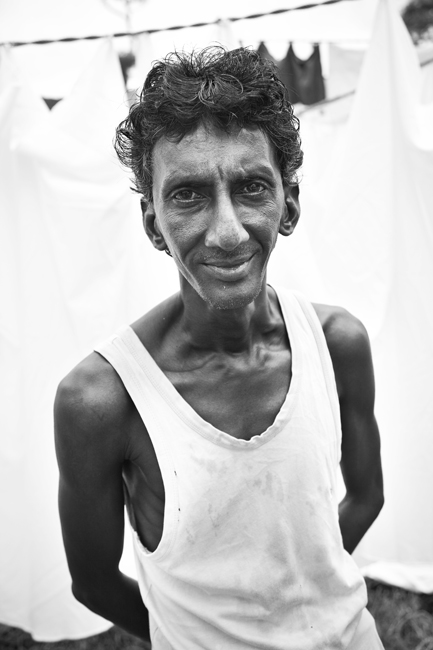